“The Joze Rizal Medal Of The Asia Pacific academy for Excellence In Ophthalmology” The Commutative Medal Of Honor” “Ramzan Ali Syed Gold Medal” “The Efficiency Award” The Volumes Of “Men Of Achievement” “Dictionary Of International Biography” And many more from the International and Domestic forum are tributes to Professor Doctor Ramzan Ali Syed The founder surgeon of Ali Hospital in the year 1964 at 21 Temple Road Lahore Pakistan, A Ravian and a Kimcolian, with DOMS, DLO from Royal London Ophthalmic Hospital “Moorfields Eye Hospital”, and many more Degrees and Diplomas in the related field. 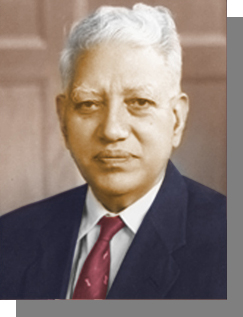 He was also the pioneer to perform a “Successful corneal graft/Transplant in the Subcontinent along with his Clinical revolutionary Surgical Techniques in the field of Ophthalmology. He yielded three World Shattering operative techniques in the field of Ophthalmology Surgery. The Founder president of the ophthalmic society of Pakistan, Prof. Dr. Ramzan Ali Syed represented Pakistan at various medical meetings abroad. He also started post Graduate Ophthalmic courses at The University of the Punjab.

An upright and a truly devoted Muslim Prof. Dr. Ramzan Ali Syed was born in the Nineteen Hundreds in The Suburbs of Lahore and Belonged to a Modest Background, worked all His Life For The Cause Of Ailing Humanity and Was Laid To Rest At The Holy Shrine “Bibian Pak Damanan” Lahore. It’s said that he was the only one to be buried there within the premises of the shrine after a lapse of 400 years!

Served Undivided India in Punjab and after serving for couple of years, subsequently he joined the Provincial Medical Services of the Punjab.

Dacrocysto-Rhinostomy, (DCR) Paper published in The Journal of the Pakistan Medical Association, vol.iv, no.33, and 1954.
Partial Sclerectomy with Iriden Clesis (PSI.) In Glaucoma, Published in the Pakistan Medical Forum, vol.11, and no.1 March 1967.
Removal of Cataract in Secondary Glaucoma due to Hyper mature Cataract or Intumescent Cataract, in a single stage procedure. Paper published in Medicine VI. Xvi No.1 April, 1958.

Besides evolving these new techniques he also reported clinical research and was the first to have started a successful Corneal Graft in this Country as early as 1950.

Author of over fifteen articles on different aspects of Ophthalmology published in Medicus and Medical Forum of Karachi Honors and Medals to His Credit.

Commemorative Medal of Honor by the American Biographical Institute in November, Year 1987 a proof of the recognition of his extraordinary skills and ability in the field of ophthalmology by an International agency of a very high standard
The Then President of Pakistan General Zia-Ul-Haq in the year 1979 announced a Gold Medal in Ophthalmology named after him to be given by the Government of Pakistan yearly, in recognition of meritorious services rendered by Professor Ramzan Ali Syed,

He won great honors, as he was the recipient of many International awards and medals, which include the following Honorary FICS in 1951.

The Postgraduate Medical Institute Lahore has distributed 17 such Medals since 1994 under the kind supervision of The Dean PGMI Prof. Iqbal Ahmad Khan FRCS. and with the financial help of Dr. Afzal Ali Syed the youngest son of late Prof. Dr. Ramzan Ali Syed. Dr. Afzal Ali Syed gave the medals to the candidates, to keep his late Father’s word. The Founder of Ali Hospital Prof.

amzan Ali Syed Founded ALI EYE HOSPITAL at 21 Temple Road Lahore which was an Eye Hospital in the sixty’s which at that time was the first Private Eye Hospital in the Province and ran it very successfully for more than three decades till he breathed his last. The Legend Lives Today. To keep the legend alive Prof. Sahib’s Youngest Son Dr. Afzal Ali Syed changed Ali Hospital, into a comprehensive Eye Care Facility “Ali Eye Hospital” which AlhamdullillAllah successfully runs today.

To Professor Dr. Ramzan Ali Syed’s credit goes two holy books namely “Hadia Alvia” A book of holy prayers, and “Mohammad Rasool Allah Paghambar-e-Islam” Compilation of all the verses in praise of The Holy Prophet (peace be upon him) in The Holy Quran.